The prospect of the holiday season always produces a baffling feeling regarding the aftermath of the whole thing. First, Christmas and the interminable gap between that and New Year’s. Plus, the preparation hours before, and the general rush during the holidays, to the culmination of the year: fireworks. Then, silence for another year.

Getting out of the holiday blues

Over the internet, there’s an increasing nostalgia about ‘before.’ The penchant for the past lingers like the smell of a carcass on its way to decomposition. So much has changed, it seems. There’s a post from Facebook that has been shared by almost 370,000 people about this particular phenomenon. A comparison of two photos from 2011 and one taken this year, eleven years after.

The picture in 2011 teeming with people outside. Eleven years later, the same picture, nothing. The lone spectator of the place is the person who took the picture. The caption reads like the end of Mabi David’s Sitting Poem 1, Nothing was actually happening / How happy we were.

But in this post, it feels the opposite. Something happened. There’s a palpable glee in the 2011 picture as much as there is a palpable existence of not exactly the typical sadness, the one that is relieved by superficial activities like eating ice cream or therapeutic retail shopping but more like pensiveness or melancholy even.

Beside the photo, an insightful critique of social media. Guy Debord, famous author of The Society of the Spectacle, a book that now becomes more prescient with the dominance of social media, wrote that The spectacle thus reunites the separated, but it reunites them only in their separateness. A perfect snapshot of social media’s ability to connect us despite distances.

Yearly, there’s always a reckoning of this phenomenon. The 366,000 people attest to this. The unmistakable change in the air. Some people chalk it up as the inevitable shedding of innocence and growing up as though the cost of aging is being less happy. There’s a longing for physical intimacy in physical places, the antithesis of social media’s totalizing placelessness.

There’s an affliction about experiencing the holiday season, particularly New Year. Some call it New Year blues, or holiday blues. The end of the year, where you are compelled to assess yourself, how you fared over the last 12 months, how much you’ve grown, and most of all the realization of time passing — culminating in a feeling of sadness.

Some associate post-holiday blues with the eventual return to work. This time of the year feels like a suspension of time, meaning attempts to be at peace, the refusal to look past this moment. It seems at once the occasion where things can be truly lived in the present. This can also be the reason why people feel the blues because of the eventual return to a harsh world. The suspension, lifted.

In some ways, sadness like this is one of those feelings that demand to be felt. Discarded, the more it asserts itself. Ignored, the more it catches you off-guard. It’s the sadness that demands nursing. The kind that demands introspection. An inward reminder of life happening to us which sometimes feels better than feeling like life is just passing by.

Holiday blues perhaps remind us of the inescapable experience of feeling time pass by, an affirmation of one’s own mortality. But that in itself can be a potential source of strength. The realization of time passing by could only mean that we already realize we ought to make living worthy. Our brief existence forces us to ask ourselves: Shouldn’t there be more to this?

Beyond the superficial things, at our core, what we want is to simply be happy, whatever that means for us. Read more by the author here.

Why is New Year’s the most-celebrated holiday in Japan?

How to handle your stress this holiday season 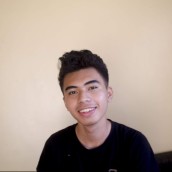 Why the golden child is neglected