It is that time of year again, with Jack-o’-lanterns, scary movies, and costume ideas. Halloween has arrived! If you are too old to go trick-or-treating and prefer to spend Halloween night at home, here are some Halloween movies you must watch!

This spooky season, there is nothing better than curling up on the couch and watching a scary movie or two! Below are some hair-raising films you might want to see.

This classic slasher movie is still a fan favorite up until today.

Who says an animated film can never be frightening? This dark fantasy horror is based on Neil Gaiman’s novella of the same name. Coraline has a twisted and complex plot that will undoubtedly appeal to its target audience.

This supernatural horror film is the first of the two-part adaptation of the 1986 novel by Stephen King. The story revolves around a group of seven children being haunted by a clown named Pennywise in Derry, Maine.

A Quiet Place is a post-apocalyptic horror film. It is about a family preparing for the birth of a child who needs to live in silence while hiding from creatures with ultra-sensitive hearing

Hocus Pocus is the ultimate Disney Halloween film; this whimsical classic is the pinnacle of Halloween entertainment.

This Japanese classic horror not only terrified children but also gave adults nightmares. The plot revolves around reporter Reiko Asakawa, who sets out to investigate when her niece died after viewing a supposedly cursed videotape.

Lorrain and Ed Warren, paranormal investigators, and demonologists, are summoned to the home of the Perron family in 1970, where a supernatural presence is haunting them. In case you have not seen The Conjuring yet, you are totally missing out.

These are just a few of the many Halloween movies out there. So grab a snack, settle in on the couch, and start watching!

Want to be Spooked? Listen to these Filipino Podcasts on Spotify!

The psychology behind people liking horror movies and scary videos 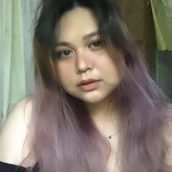