The most anticipated League of Legends series is now streaming! And it does not disappoint!

Listed among the most-played online games of all time, Riot Games’ League of Legends is also known for its insane production value for the cinematic previews of its wide, rich lore.

League fans have been waiting for an animated feature for a long time. Now it’s here, it exceeded expectations with a 10/10 rating from IGN and a 100% Tomatometer rating from Rotten Tomatoes!

The series starts with orphaned siblings Vi and Powder from the undercity of Zaun involved with a heist-gone-wrong incident, in parallel with the story of Jayce and Viktor working together to mobilize progress for the city of Piltover, with their groundbreaking invention: the Hextech.

I’ve only played League and Wild Rift for a small fraction of my time, therefore I initially thought that regular players are the only ones who can enjoy the series.

But Arcane‘s clean storytelling made sure of its inclusivity for non-League viewers to understand and enjoy as well.

The story is fast-paced, but it will not let you miss any details. The characters and setting are introduced well that the viewers can identify without worrying about knowing the in-game story.

Therefore, you do not have to think about not knowing much about the game’s lore to watch the series. You can enjoy it as a casual viewer!

Another factor for Arcane‘s success is its astonishing visuals and animation.

Made with 2D and 3D by Riot Games and French studio Fortiche, Arcane‘s dynamic and vibrant cinematics will surely please your eyes and you don’t want to miss with a blink!

But, some scenes may be photosensitive, so please watch with caution if you are sensitive to flashing lights and colors.

And you can’t miss out on its great soundtrack!

The series will bless your ears with songs from amazing artists such as Bea Miller, Jazmine Sullivan, and Denzel Curry.

There is also the band Imagine Dragons (featuring JID) who performed the series’ opening theme titled ‘Enemy‘ that will linger on your mind for a while!

Watching this series in one sitting is worth it. As one of the non-League people who now love this show, I can safely say that it is the best-animated series of this year.

So, if you don’t play League, don’t worry! You will enjoy Arcane regardless!

And who knows, watching this series will probably spark your interest with the game itself!

All 9 episodes of Arcane is now streaming on Netflix. 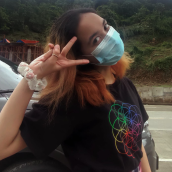