Korean popular music, or simply K-pop, has grown undeniable success in the past years. To date, it’s not just in Asia but other parts of the world. This music and entertainment scene became one of the major influences of Hallyu or the Korean Wave, while idol groups such as Bigbang, Super Junior, 2NE1, and Girls’ Generation are some of the Korean acts that paved the way to this overflowing recognition.

From distinct music and fashion styles to lightsticks and trainee systems. K-pop has created numerous trends and influences. So, here are some of the rookie groups to continue this legacy that you should watch for.

Introducing fresh and innovative concepts, aespa brings us to their alternative universe. SM Entertainment launches its newest girl group on November 17, 2020, with the name coming from the words “avatar, experience and aspect.” The group consists of Karina, Giselle, Winter, and Ningning who have their virtual avatars.

Together, they set a new record to have the fastest K-pop debut music video to reach 100 million views with their debut single ‘Black Mamba.’ From that, they continue their odyssey with the hip hop and dance song ‘Next Level.’ Moreover, their recent track ‘Savage’ landed on No. 20 on Billboard 200 chart, being the fourth K-pop girl group to do so. These are among their swept 10 Billboard charts.

But NÆVIS couldn’t be more proud as the idol group won awards such as Rookie of the Year in the 29th Seoul Music Awards (SMA) and New Artist Award in the 10th Gaon Chart Music Awards.

Other than that, they also became the first Korean group to be ambassadors of the French fashion house Givenchy. Solidifying themselves as a “monster rookie” group as they continue to smash records and deals.

Here goes another power rookie group. Formed through the 2020 survival competition series I-Land, ENHYPEN made its debut last November 30, 2020. Under the label BELIFT LAB, the group name was derived from the punctuation symbol hyphen (-) which enables the members to “connect, discover each other, and grow together.” The multinational idol group features Jungwon, Heeseung, Jay, Jake, Sunghoon, Sunoo, and Ni-ki.

Almost a year after their debut, they already have a number of releases on their belt. Currently, they have one studio album, two EPs, and three singles. With that, they bagged awards as the artist and rookie of the year in major South Korean awards shows The Fact, Golden Disc Awards (GDA), and SMA.

Also, ENHYPEN hit the 200 Billboard chart not just once but twice! On October 25, their first studio album Dimension: Dilemma ranked No. 11 following their second EP Border: Carnival on No. 18.

With their name meaning to “convey love through various colors of music,” PURPLE K!SS marked their journey last March 15, 2021.

Prior to their debut, RBW launches a Youtube channel named “365 Practice” in 2018. This is to highlight their pre-debut life, vocal and dance skills. It’s last 2020 when the company unveiled the final lineup: Ji-eun, Go-eun, Dosie, Ireh, Yuki, Chae-in, and Swan.

Just like its sister group MAMAMOO, PURPLE K!SS is a “multi-talented girl group” as they are known to release self-produced contents. Last September, the 7-member group made its comeback with an electro-funk track “Zombie.” This is co-written by no other than their rapper Yuki.

Traveling to another fictional universe, KINGDOM takes us on a journey across seven kingdoms. Their attempt to ascend to their thrones began on February 18, 2021. GF Entertainment introduced the members as kings with each representing different histories. The new male act is formed by Dann, Arthur, Mujin, Louis, Ivan, Jahan, and Chiwoo.

As the group releases their albums, one of the member’s back-story will be going to unravelled. The eight-part series mini-album “History of Kingdom” has already started with Arthur and Chiwoo with the lead singles “Excalibur” and “Karma.”

Last month, they launched their latest album with the track “Black Crown,” unfolding the story of Ivan, the “King of Snow.” As seen from this set of releases, King Makers surely knows who should rule. From their unique concept and grand production design to appealing performances, KINGDOM is definitely one of the rookie groups to lay your eyes on.

Ten years after the debut of Apink, IST Entertainment launched its newest girl group Weeekly on June 30, 2020. Capturing the hearts of their fans Daileees with their bright and cute concepts. The 2-year old girl group consists of Soo-jin, Ji-yoon, Monday, So-eun, Jae-hee, Jihan, and Zoa.

Within their starting career, they prove that they are to soar to new heights. The title track “After School” from their 3rd EP “We Play” amassed over 110 million views on Youtube as of this writing.

Following this, the fast-rising group continues to be globally recognized as the track has already become a craze. They mark a new milestone as they achieve one million followers on Tiktok. To further strengthen this reputation, the hit track made it to the list of “The Best K-Pop Songs of 2021” by Time Magazine. Alongside with aespa and notable artists such as IU and Baekhyun.

With its bubbly and catchy tune, it’s inarguable how it receives overwhelming recognition. In fact, the idol group already bagged six “Rookie of the Year” awards. Two of them came from Mnet Asian Music Awards and Melon Music Awards.

Let’s start off with STAYC being selected as Spotify’s ‘EQUAL Global Artist of Month.’ The campaign to promote gender equity in the music industry gives an initial reason to stan them. South Korea’s representative group for female artists compose of  Sumin, Sieun, Isa, Seeun, Yoon, and J.

On November 12, 2020, the 1-year old girl group made its debut under High Up Entertainment. Their group name stands for “Star To A Young Culture” which means “they will become a star leading the young generation.”

Like a breath of fresh air, STAYC does not conform to one concept like either “cool” or “cute” because they can do both! Just like their latest single “Stereotype,” serving their signature sound.

In their online showcase, Yoon revealed that the keypoint of the song is “reversal.” Wherein they can show their “flashy outside” and “pure inner side.” This proves that they can keep pace with fourth-generation groups.

Which rookie group among them do you think you would be hooked in? Share it with us! 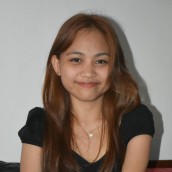 Watching League of Legends’ ‘Arcane’ is an experience you cannot miss