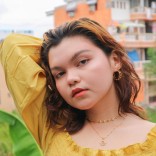 Joma is an enthusiastic public-speaker and a passionate story-teller. Armed…

PETA has decided to ride the new normal changes amidst the pandemic, as they bring back Under My Skin – on-screen! Brilliantly directed by Melvin Lee, this Rody Vera drama anthology effectively captured the realities, struggles, and triumphs of people living with HIV.

It was my first time watching the play (or film, now that it’s on-screen). I wasn’t able to catch it when it was gaining raising traction way back in March of 2020. However, two weeks before their final curtain, the Under My Skin had to be halted due to the onset of the COVID-19 (making it PETA’s last pre-pandemic stage production).

As unfortunate as that was, it seems as if this was the opportunity Under My Skin has long been waiting for. Other than the fact that digitalizing theater amplifies its reach tenfold, PETA did great in doing so.

Within a day, for only 12 hours, they have successfully made a play into a film. It was astounding how the director, Melvin Lee, combined the elements of theater and film almost so seamlessly. The camera angles most definitely worked for their benefit. The shots taken, especially the close-ups, gave even more life and emotion to the story. But what got me most hooked on Under My Skin were the lines.

The lines brought so much life to the characters. It felt as if the people who’ve experienced this narrative were speaking to me. It was as if my tongue was familiar with every line I’ve heard for the first time. This might be because Under My Skin echoes the story of real people. Or this might be because their struggles have always been a hidden pandemic in our society.

Under My Skin is informative. It was able not just to enlighten me on what really is HIV but it offers, as well, a wider understanding of the misconceptions we have against it. Unsurprisingly, a lot of the comments made against people living with HIV decades ago are still the same ones we hear. A mockery of the slow-paced tolerance of Filipinos in topics such as

I appreciate the parts where emphases were put on line where terms related to HIV were explained. Coming from the perspective of someone who doesn’t have deeper knowledge in HIV 101, this part is the primary step we need to break down, so applause for Under My Skin for making us understand comprehensively.

The film, in its short run, was able to encapsulate how HIV is often seen in our society. From then to now, the difference in the perception and the acceptance of Filipinos is very little. The discrimination is still there, if not worse, even HIV as a topic remains taboo.

We have to treat HIV as we do any other type of disease. We have to understand that this is not a curse of the heavens – try and look at it from a scientific perspective as Under My Skin offers. There’s so much more we can know about this only if we open our minds to discussions and realizations.

It’s very unfortunate that during the pandemic, the recorded HIV cases shot up, and as of September 2021, it was at 90,960. But I find comfort that this could mean that there might also be a growing number of individuals who are now talking about it, who are trying to take the opportunity to normalize talking about HIV in casual conversations, who are trying to erase the prejudices, the misconceptions, and shift the view of people away from what we grew up thinking with.

This is why Under My Skin remains relevant and even more important. It is because it emphasizes that we may not be unable to directly do something to stop the infection rate in our country, but we can talk about it. We should talk about it. Because it is not just the virus that we’re going up against but our set beliefs, our perception. We have to understand that without altering the prevalent status quo on HIV, the battle would be an endless one.

Converting Under the Skin from a stage production into film allows for a bigger platform to highlight and bring the attention of the public to the HIV and AIDS issue. And understanding it is one of the many steps we can take to protect and promote the rights and the dignity of people living with HIV.

Take your stand and join the conversation.

Tickets are still available at Php 180 for Livestream, and Php 250 for Video on Demand. You may purchase your tickets via www.ticket2me.net, www.petatheater.com/undermyskin, or through any of the Under My Skin showbuyers. For bulk sales, and more sales information, contact Mitch Go at 0917-5391112. 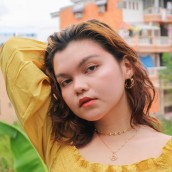 ShowBT PH launches KAIA, the next big P-pop girl group in the making

Here’s where you can watch hit Pinoy Musical ‘Rak Of Aegis’ online!