Meet some of the hopefuls for Miss Universe Philippines 2022

Audrey Hepburn is a film and fashion icon for a reason.

She was named the third-greatest female screen legend from Classical Hollywood cinema by the American Film Institute at the time.

She was also recognized in the Hall of Fame of the International Best Dressed List.

Hepburn established herself as a legendary actress through her many films, but her role as Holly Golightly in Breakfast at Tiffany’s deepened her status as an icon.

The film is still popular today, and many of her fans hold a special place in their hearts for it.

It’s no surprise that people want to look a certain way like her for fashion shoots and other fun occasions.

Many celebrities have expressed their admiration for the fashion icon, but Anne and Heart are on a different level and definitely killing it!

These are the moments when Anne and Heart channeled their inner Audrey Hepburn.

Audrey has long been a favorite of Anne’s, and this is no secret.

She’s been very vocal about her admiration for the icon for a very long time now.

And she’s actually wearing Hepburn’s bow in the photo, which she purchased at an auction.

Anne has dolled up as the actress so many times that we can’t keep track, and just recently, she flooded social media with Audrey-inspired photos for her 37th birthday.

But there’s more. She revealed in an interview that she owns all of the Audrey Hepburn dolls that have been released, as well as some of her personal items.

Meanwhile, Heart isn’t as extra as Anne in collecting Audrey Hepburn’s keepsakes, but she still kills it whenever she dresses up as the icon.

One of these occasions was when Heart recreated in New York the most iconic scene from the 1961 film “Breakfast at Tiffany’s.”

On her husband, Chiz’s, 50th birthday, she came dressed as the legendary actress once again, but this time she stands out even more.

It was actually her husband’s wish, according to the actress. In her Instagram story, she said, “Fulfilling my husband’s request. My name is Audrey.”

These actresses are remarkably similar to Audrey Hepburn in terms of beauty and elegance. 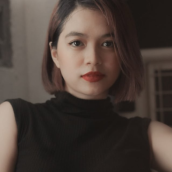 Meet some of the hopefuls for Miss Universe Philippines 2022