Known for their wise and critical writing, BTS (Bangtan Sonyeondan) has always delved into meaningful tracks with their unique stories. It was like a movie with each song, and a painting with each music video. Essence served with each song as if in a five-star fine dining, full-course and exquisite.

This reflects even to their projects and collaborations outside the Korean Entertainment Industry.

Here are five games that officially screams “B! T! S!”

A series of Crossover Events, earn and spend ARMY Bombs while being visually satisfied with the BTS Concert Rhythm Stage. This Cookie Run Kingdom x BTS collaboration may be one of the hottest games to try lately. Enjoy the cookiest adventure with the members’ Dynamite and Mic Drop outfits, and voice overs.

Like their other games, BTS also released a few episodes of them talking about the story of the game and the game itself. We already have a few Run BTS titles, now we go Run Cookie Bangtan as well! Try them now ’cause this collab only runs until January 19, 2023!

Did you know that the initial name of this game is GFH01 (Game for Healing 01) which is more like a project name as per Jungkook? Mini series of “BTS Becoming Game Developers” where they talked about and took part in the further developments of the game as well as naming it. Other levels are designed by them as well.

Play the matching game with the members and SEOMziggy to earn stars and bonuses! Follow the story of being shipwrecked and design the islands as your own.

One of my favorites, I must say, but prepare your storage because this one demands a lot. Songs, photos, photo cards, MVs as background, virtual journal, voiceover packs all from and about the artist are all in this one. A rhythm game with different twists and turns and loads of colors to party with.

You can tweak the modes for your preferred game play. Do you wanna go ride the chill tide or are you up for an all out rampage with super hard mode? You can do it at any pace you enjoy while listening to BTS songs and their cheers as well with some in-game voice overs. There are also other HYBE Corp. artist here!

Ready to be a beat master and go tap tap tap? Download it here!

Butterfly Prologue Mix is one of the band’s most tear-jerking mixes and is used in this game. A dramatic BTS flair. An alternative universe wherein the members are the characters, exact faces and names. It has a portrait interface and three-dimensional cartoon display with some in-app purchases but a lot of free stuff to enjoy, too!

A collaboration with Netmarble, you can read and follow their story that is based on the continuation of BU (BTS Universe), which is the story surrounding their official MVs that started with I NEED U. If you are interested in interconnecting stories, hints, theories with topics of understanding heavy and dark incidents, this one may be for you! Download it here.

Dropping the bomb early, BTS World’s journey has come to an end on June 3, 2022. But, here’s a jist of what you’ve missed and what you can still collect from the remains of this legend.

It’s that “manager-nim” experience instead of a “Y/N” type of story with the group’s first ever mobile game, BTS World! Designed to allow you to manage and ‘talk’ to BTS, tag-along as they bring you back to their pre-debut days and adventures. Each member has their unique back-stories that they even portrayed in videos and photo shoots, going beyond the music industry.

The games also includes a full album, fourteen amazing songs that you can listen to today. BigHit Music (formerly BigHit Entertainment) and Netmarble also released a DVD and it definitely became the highlight of it next to the MV of ‘Heartbeat’, one of the game’s main song. A bomb song for many ARMYs up to this day.

Lastly, let me remind you before downloading them on your mobile. Be sure you have enough storage ’cause these games are quite heavy. 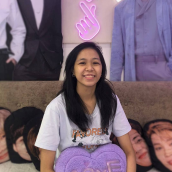