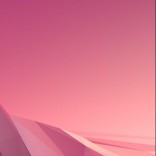 The popular Halloween tour “One Night in Intramuros” introduces an alternative to its traditional ghost-hunting trips and after-dark tours that people look forward to every October. Since we’re still faced with the threat of the COVID-19 pandemic, they’ve turned digital!
You can still avail of a slot in their tour group even at home thanks to Wander Manila’s virtual tour on October 30, 9 p.m.

In a social media post, they invited prospective guests for a night to remember, “If the walls of Intramuros could speak, imagine the stories it could tell. Tales of intrigue, of passion and jealousy, of violence and death. What secrets are the Walled City hiding? What stories are there to uncover? What lurks inside the shadows? Join us online this October 30 for One Night In Intramuros. We’re going to take this wildly successful tour and bring it straight to your homes. Discover stories and anecdotes about Intramuros that you may have never heard before. See the Walled City from the shadows and the dark corners.” Intramuros has always been regarded as one of the most haunted spots in the country, being the structures and buildings were bombed during the Battle of Manila, resulting in the deaths of soldiers and civilians alike. Moreover, the 16th-century Fort Santiago was also used as a place of torture for imprisoned guerillas. This has paved the way for rumors and theories that restless souls are roaming around the area at night.
As a bonus, Wander Manila will also offer narration of unheard tales about Manila, which will be streamed for free on their Facebook page!
What are you waiting for? Hurry and visit Wander Manila’s social media for more information on securing your slot for the tour.
Who said quarantine Halloween won’t be fun still?

Heads Up: Memorial Parks and Cemeteries Are Closed This Weekend