Tips for buying a phone at the mall

Surely the 90s Kabaklaan had millennials reminiscing some great times, while Gen Z’s will envy the unbeatable aesthetic of the 90s.

The 90s Revival is Everywhere

New Darna, Viva Films, and 90s Fashion are hitting the spotlights again. With a whole new generation of fans. The Gen Zs are feeling serious envy with the 90s aesthetics. Thus, we are ushering a new wave of content featuring the iconic decade. Our favorite actresses, and singers are mostly still thriving in the industry to this day. Now, one by one, they are making a comeback, along with new artists taking a load of inspiration from the staple era.

The 90s Kabaklaan is Bringing Comedy, Culture, and Awareness

90s Kabaklaan undeniably has the vastest resource for all things 90s. From magazine covers, print ads, and even old movie clips. Wholesome humor represented through 90s clips has never felt so relatable. Especially when it came to adulting. For instance, the dreaded petsa de peligro for workers, and the Friday night out moments have always struck the crowd. Don’t forget the office content as well, the encounters with the boss or other peers. Filled so much comedy the 90s Kabaklaan page is perfect to lighten up a dreadful week.

Aside from the comedic posts and memes, 90s Kabaklaan also took part in expressing their societal stances. Like government issues, and LGBTQIA+ Rights. During the recent elections, they also procured light memes as well as real thoughtful comments regarding the whole period. Other than that, they also were the ones to call out the faulty systems in the country. Although they have used comedy for most of their content, their way of incorporating it towards calling out real and troubling issues eases the thought into people’s minds. Especially this time when calls for more noise to be made regarding the issues of inflation, gas prices, and economic status are greatly needed. The 90s Kabaklaan will help us cope, speak up, and move with the power of nostalgia.

‘Nadine, Together With Us’ virtual concert gives tribute to drag queens, elderly gays 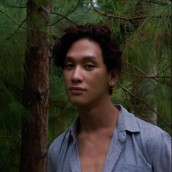 Parasite: A Socio-Commentary On Class Tension and Social Death