Spinning the cursor, aiming at the turret, and finally winning a match in Mobile Legends. Most people’s lives these days include this multiplayer game. And as the application evolved, gameplay became harder as its heroes continued to be tweaked.

Moonton’s Mobile Legends, only released last 2016, already has over half a billion downloads worldwide. With new heroes and updates affecting the future of gaming, some roles and strategies became affected. Thus this coming 2023, some meta heroes remain on top.

Which Heroes are the Most Effective Technique Available?

Mobile Legends, a player vs. player game, is composed of different roles. One of which is the assassin or the core lane that is responsible for kills and collecting buffs. Thus one hero remains above all; it’s simply Karina.

Karina has been part of the game for a long time, and with her magic, she could quickly get a savage kill or five kills. This hero has what it takes to kill squishy characters in a dash. Thus even if the character is effective, she indeed will be banned by your team or opponents during the draft.

Moreover, Karina’s build has been altered all the time. Top players worldwide have been using a tank build preference which makes the hero have an impossible lifesteal and health. Thus, even if the hero could kill quickly, the character could easily be countered.

In line with this, some assassins are worth to be noted. Lancelot and Ling are heavy favorites for their ability to escape quickly. Although they are excellent choices like Karina, they need much help from the team to withstand the whole fight.

Top 2 Hero in the Land of Dawn

Every day, thousands of players log in to play Land of Dawn. And because Mobile Legends has been catered with a lot of ideas, what users appear to emphasize is crowd control. Primarily responsible for this are mages, and a top meta hero for this is Valir.

Valir has the power of fire, which quickly burns and pushes enemies away. Although this hero has easy control, his role is powerful, especially during crunch time. He could slow down enemy heroes while maintaining their position through fireball throws and push.

In addition, Valir is essential in protecting the base of your team. His crowd control is immersed, and he is simply a meta hero to sustain winning from level 1 to 15. Although this hero does not have the most incredible damage, his power is an excellent tool resulting from reversing fights. Also, Valir could easily defeat enemies in one of one as long as the cooldown has been reset to zero.

Some runner-up mages could be considered in crowd control or even poke. Valir’s brother, Vale, could also be powerful with immense damage, and Vexana, who has been revamped for the advanced attack. Thus, mages’ roles are crucial for significant clashes and 5v5 action.

The Real Meta of Mobile Legends

On the very first release of this groundbreaking game, Mobile Legends only has about ten heroes. With over 70 heroes as of 2022, only one remains the most effective, and this is no other than the very first Moonton character – Miya, a marksman.

Miya has been with the logo and posters of Mobile Legends for a very long time. With her bow and arrows, she could freeze the enemies and slay them all at once. And her particular skill is simply above everyone with the capability of cloaking and being invisible.

Over the years, Miya has been the top marksman in the game; thus, she could inflict severe damage easily during an ambush. Her skills are above everyone else, with the customization of damage, stun and even escape. She is the queen of this game.

Despite being the real meta of Mobile Legends, her strength would only flourish in late games. Other competitors for this spot are Kimmy and Layla, who have higher blasts. Thus what Miya sets apart from others is the easy spread of damage against everyone.

In conclusion, these top three heroes are deadly in the game. Thus the most important thing is for people to enjoy. Mobile Legends has been a joy for all its users especially playing with families and friends. And so, we can no longer wonder which meta-heroes will rise again.

How to Rank Up Faster in Mobile Legends: Bang Bang

MOBILE LEGENDS: Most heartbreaking backstories of heroes from the Land of Dawn 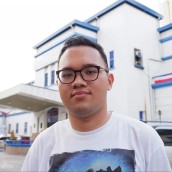 #HANNA7MI: Help Hannah Arnold make it into the finals of Miss International 2022

Relatable Things Kim Namjoon Does That I Just Adore