DJ Alesso will perform in Manila on December 17

Anime has now reached the mainstream media despite being on the low a long time ago. Believe it or not, people who watched anime used to be labeled as “weirdos” before. But now the tables have turned because anime is now the norm. If you haven’t seen the latest trending anime, you’re most probably missing out. But you don’t always have to follow the trends. You can watch those anytime because access to these media is now more convenient. So you can always start on your own.

But where do we start? Of course, we start with the classics. The classics never get old despite the incessant overflow of great anime series over time. These series are the fortitude of every anime lover’s list. It defined good and enjoyable anime, even for those who don’t have any preferences yet as a newbie.

A quirky, romantic comedy shoujo anime that gave anime fans butterflies in their stomach. Kaichou wa Maid-Sama!, or simply Maid Sama!, is a story set in Sekai High, an all-boys high school filled with filthy and reckless students. Eventually, it becomes a genderless school but the female population remains a minority which compromised their safety in the environment. So, Misaki Ayuzawa takes matters into her own hands and becomes the protector of the students and the teachers in that hellhole of a school. She becomes the first female student council president and a symbol of hope. Known as a fierce, man-hating beast who will go to lengths to protect the teachers and her fellow female students.

However, behind this extravagant heroic persona, she has a secret that nobody in that school should ever know. And that is being a part-timer at a maid café. Unfortunately, Takumi Usui, a popular boy at Sekai High, discovers her secret. And that’s where it all starts.

This anime is a wonderful comedic experience. It is hilarious and the display of romance is exceptional. A true romcom masterpiece.

Noragami or Stray God in English is a story about Yato, a shrine-less deity who struggles to make a living. Yato scrawls his phone number in public places to do favors of all sorts, be it cleaning your toilet or finding your lost pet. In his lonesome journey to remain a god, he meets Iki Hiyori, a high school girl who happens to have connections to the supernatural. Bound together by fate, Hiyori and Yato will be influencing each other’s lives in ways unexpected.

It has a great balance of comedy and supernatural thrill. Noragami is also a wholesome show with a fair share of action and drama.

Hailed as one of the best series of all time. Pretty sure you are already familiar with it as it is a really famous show. And of course, it is famous for a reason – it is good. Death Note is a story about Light Yagami, a young genius who discovers a mysterious book called “Death Note” which belonged to a Shinigami named Ryuk. The book grants its users the supernatural ability to kill anyone whose name is written on it. Granted with such power, Light puts justice on his hands – weighing life and death with a stroke of a pen.

This anime remains unrivaled in its genre to this day. Its compelling plot and character display make it worthy of being hailed as one of the best anime series of all time. It is thrilling and very interesting from start to finish.

Named one of the best shounen anime of all time (if not the best). Fullmetal Alchemist is the story of the Elric Brothers – Edward and Alphonse – on a quest to find the legendary Philosopher’s stone. It all started when they attempted to revive their deceased mother with human transmutation which is considered to be an alchemical taboo. This mistake cost Edward an arm and a leg, and Alphonse his entire body. The brothers were given a second chance in life after being rescued by the Rockbells. Their journey continues to find the Philosopher’s stone, which is the answer to bringing their bodies back but as they move forward, they slowly unravel the secrets of the world.

My personal favorite is that I will always recommend it. This is a masterpiece that has everything you need in a show, drama, action, comedy, romance, and more. Fullmetal Alchemist has not a single episode that will bore you. Guaranteed to become one of your favorites even after finishing hundreds of series.

More commonly known as Anohana: The Flower We Saw That Day or simple Anohana, this anime is a story of childhood friends who drifted apart after one of them, Menma, died in an accident. Jinta, the leader of the friend group neglects high school and lives as a recluse. Soon he will unexpectedly starts seeing the ghost of Menma who can only interact with him. She has returned to ask Jinta to fulfill her forgotten wish as a kid.

Spoiler alert: this anime will break you and make you cry a river. But the story is really good and enjoyable, so it is definitely a must-watch.

And now you’re all set!

There are countless great anime series out there and it just never stops. The majority – if not all – anime enjoyers hold these series in high regard and once you’ve seen it all, you will definitely understand why. So what are you waiting for? Don’t go missing out on the anime fever and start watching these amazing shows that might even end up on your favs list. 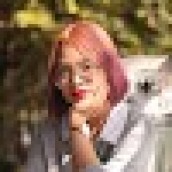 DJ Alesso will perform in Manila on December 17