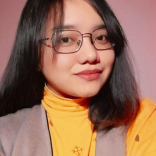 Angela is an avid reader and writer. What she reads,…

This month of November, news of Donny Pangilinan and Belle Mariano‘s — or as we like to call them, DonBelle — new project reached the surface.

Not even a year after appearing in the hit teen series He’s Into Her, a much-awaited film under Star Cinema will boost their discography into new heights: a movie entitled Love is Color Blind.

They will be playing Ino and Cara through the directorship of John Leo D. Garcia.

As we wait for DonBelle’s upcoming movie to hit the screens, let us first bask in the glory of their kilig moments in their Instagram posts!

Behind the scenes kilig!

Last May 27, Mariano posted in her Instagram account a photo of her and Pangilinan in the set of He’s Into Her!

With the caption, “Titig pa more,” the couple elicited a couple of squeals from their fans!

Here’s another kilig moment of the couple, but from Pangilinan’s point of view! That stare is doing wonders — eliciting all kinds of feels!

The love team portrayed the characters Deib and Maxpein in the hit series.

I guess we’ll be watching out for more red and black (and checkered!) outfits from the couple soon!

Just before their hit series started streaming, Pangilinan posted a promotional photo of him and Mariano. The twist? It seems that they showed their true colors!

With comments ranging from “two different moods” to “bagay na bagay kayo (you two are made for each other),” the fans obviously ate it up!

Mariano posted a photo of her and Pangilinan with their backs turned and looking at the scenery last August 1.

This is obviously not a goodbye, but just a new beginning for the love team!

The start of something new

We didn’t have to wait long for the love team to come back! Just this month, both Mariano and Pangilinan posted the same photo in their respective accounts.

The couple will be playing the characters Ino and Cara in the upcoming film Love is Color Blind.

Want to see more of their Instagram posts? You can check out their accounts through the links above! You might also want to read: INSTAGRAM DEEP DIVE: Donny Pangilinan and his adoring family.

Did a particular photo send butterflies to your stomach? Let us know!

Angela is an avid reader and writer. What she reads, she feels; what she feels, she writes. When her pen dries, she speaks—tells the whole world what she feels. Away from the eyes of the crowd, she engrosses herself in music, film, and design.

Bela Padilla reveals that she has moved to the Big Smoke — London, United Kingdom

Mind the body: Danae Mercer on bodies, social media, and its impact

Hashtag Filtered: social media is just distorted reality, and you need to remind yourself that

Richard Gutierrez, Sarah Lahbati, and kids camp out with nature