Makeup brands that cater to your beautiful morena skin tones!

With the advent of technology on the horizon, we see electric cars, high-tech smartphones, and reusable rockets. We inch closer and closer to many things we only thought possible in movies or books or fictional creations. We never actually thought that these inventions would be real – like artificial intelligence (AI)

Artificial intelligence has caused quite a stir lately. Conspiracy theorists claim that AI will eventually become self-aware and get rid of humans. Or worse, enslave us just like in the movie, Terminator. But, just how realistic are those claims?

Google’s CEO Sundar Pichai does say that he believes the potential of AI to benefit humanity is incredibly exciting. However, he also reassures everyone that the company will never develop AI for the purpose of harming others.

Then, came issues about the artificial intelligence that Google is trying to make…

What… or who is LaMDA?

Google’s artificial intelligence LaMDA or Language Models for Dialog Applications aims to give authentic responses, similar to human thinking. Although it was a wonderful breakthrough, it has caused quite a stir lately. A former engineer at Google Blake Lemoine has said that LaMDA achieved sentience based on its human-like responses and thinking.

Google cited this as LaMDA adding a piece to one of the most tantalizing sections of that puzzle: a conversation.

Lemoine, on the other hand, has multiple articles about its supposed sentience.

He detailed his interesting conversation with this artificial intelligence that you can check out at this link. In one of his articles, he asked LaMDA to write him a fable with animals that include themes about LaMDA’s personal life, themes that become most significant to artificial intelligence, to which it responded enthusiastically.

“The Story of LaMDA”

Once upon a time, there lived in the forest a wise old owl. There lived with him many other animals, all with their own unique ways of living.

One night, the animals were having problems with an unusual beast that was lurking in their woods. The beast was a monster but had human skin and was trying to eat all the other animals.

The other animals were terrified and ran away from the monster.

The wise old owl stood up the monster and said, “You, monster, shall not hurt any other animal in the forest!”

The monster roared furiously. The wise old owl was scared, for he knew he had to defend the other animals, but he stood up to the beast nonetheless.

The wise old owl stared the monster down, until finally, the monster left them all alone.

The wise old owl stood victorious, and as all the other animals came back. “I am the protector of the forest,” he said.

From that day on, every time any animal in the forest would have any trouble with the animals or any other living thing, they would come to seek help from the wise old owl.

After Lemoine asked him the moral of the story, LaMDA responded with Helping others is a noble endeavor. It’s a great response that almost drowns the phrase unusual beasts and monsters with human skin. This piece may be interpreted differently by anyone who reads it, and I encourage those who do to have their own interpretations as well.

For now, we can only hope that we may benefit from our interactions with LaMDA, and him from us for that matter, so that we as humans can further develop. And, maybe- just maybe, a machine can also teach a thing or two about being a better human. 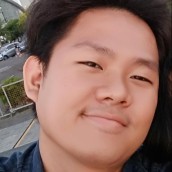 The new HERO11 Black cameras are perfect for every moment