K-Pop physical albums are part of every K-Pop fan’s collector merch wishlist. Whether we retain the entire photobook set or only the photocards, collecting is undoubtedly a fun hobby. This is also a way of supporting our favorite idols’ craft and passion for music. As long as we are responsible for purchasing within our means, nothing could ever go wrong with choosing our happiness!

Over the years, K-Pop albums continue to evolve from their packaging to their inclusions. From standard CDs to including random photocard pulls, stickers, and more, the feeling of excitement albums give is something worthwhile. The varieties of design just keep on expanding to a fangirl and fanboy hearts’ content.

If we are talking about uniqueness, then allow me to show you some of the mind-blowing inclusions that you can find in a K-Pop album collectible.

One of the earliest albums way back from the 2nd generation that levels up their creativity is Pink Tape. Its unique packaging makes the entire album look like an old-school VHS tape that very much suits the name! I consider this one an icon that deserves the throne.

The alias G-DRAGON is a respectable name in the K-Pop household; his album Kwon Ji Yong is a different story. It features his real name, his real self that is not seen on stage. Instead of releasing through a CD, it is in the form of a USB. Fans can download songs from the official site with serial numbers and access exclusive photos and music video ‘BULLSHIT’.

Comic book enthusiasts will surely enjoy scanning this EXO album! The art style is very similar to what we read in graphic novels. It even includes the members’ very own character cards to complete the action-hero vibe.

The group’s second mini-album comes with a key and a lock! It’s like the fan’s own personal diary, giving them the magical moment like tubatu’s concept is. Now, fans don’t need to worry about getting their album stolen!

This album is as glamorous as the members! It is a pop-up styled book that features the group upon opening the first page. Pretty girls dressed in elegant dresses under the dreamy, moonlight castle in its 3D form is a one-of-a-kind inclusion. Not to mention, a few pages contain a surprise AR video upon scanning!

The group SEVENTEEN are such self-produced idols that even their fans are encouraged to self-produce something in their albums! Thus, a weaving kit is included in every purchase of the first press album. Who knows, fans might even discover their hidden talent for weaving upon trying their kit.

Do you prefer an idol who doesn’t know you exist? Or do you prefer a fictional anime character who doesn’t exist? Why choose one when you can have both? PENTAGON merged the two worlds and turned it into their album! The concept of the members’ stunning visuals evolving into a manhwa character for their photoshoot will leave fans mesmerized.

Soyeon’s solo 1st mini album packaging reminds you of a retro fast-food chain takeaway box. Not only did the outbox seem tasty, but the lyrics and tracklist were combined in one as a “menu.” Even the CD itself is a 3D-printed burger bun. Albeit fragile, her takeaway box truly serves up differently from the rest. Just make sure to not spill your order!

Never fear, that’s not a real gun! But Key’s concept that shocks fans is very real! He is meticulous when it comes to innovating his solo album — like a collector’s limited item. This version is similar to toy packaging that collectors barely open and only use for a display. Personally, I couldn’t contain myself not unboxing my copy, but that is exactly its purpose, which I find very special!

SM Entertainment is known for its innovative packaging of its artists’ physical albums, and Savage is absolutely one of them. If fans want to take it to the next level, they mustn’t miss out on aespa’s virtual space — KWANGYA. Through AR scanning, fans can virtually teleport to their portal and explore the universe of wilderness.

An album represents an artist

Album productions require a lot of effort, both for the artist and the production team. It is a symbol of an artist’s fruit of hard work. This must be a reason why K-Pop fans cherish their album collections wholeheartedly. No matter how lavish K-Pop collecting seems to non-fans, it doesn’t really matter if it makes the fans happy. It is their way of expressing how much they appreciate the idols’ music, so who are we to judge?

What do you look forward to seeing inside a K-Pop album? Comment down below! 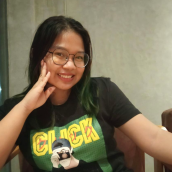 BLACKPINK and their dance practice outfits through the years