Truly, our country faces what seems to be an unending commuter crisis. The majority of Filipinos whether going out for work or school could attest to having their own struggles to deal with in commuting.

Truth be told, the Philippines was known for having its most horrible transportation problems. Yet, up until today, commuters still face the same situation every single day. Also, no distinct plan was addressed regarding this suffering. But, people have no choice but to engage with the daily dose of this muddle.

In my case, as a student from the South who studies in the Metro, I had dealt with several difficulties in commuting. During the pre-pandemic times, I commute a lot and it brought me so much frustration as a freshman.

Below are some of my worst experiences as a commuter which I bet almost every commuter would relate to:

Coming from my home town, San Pablo City, Laguna it would require me to ride a variety of transportation. I often use the bus, Light Rail Transit (LRT), and Philippine National Railways (PNR). With this, I have faced all the difficulties of an overloaded vehicle. Whether it be any part of the day, there were times when I would encounter a fully-loaded transport. Definitely, the worst way to start my day.

As a commuter, there were times when riding the PNR would be the best choice for me to get to school. For me, it would be less hassle since I would be able to escape the jampacked traffic. But, unfortunately, instead of experiencing less hassle sudden moments in which malfunctions in the machines arise randomly. These certain situations really got me cranky all the time.

Commuters got used to standing in riding railways such as LRT, MRT, and PNR. But what bothers me a lot is that sometimes I have to stand for an hour or two on a bus. Having a very tired mind and body, standing for a couple of hours on a bus would never be a joke. But, yeah, I do not have a choice but to take the ride.

There would always be abusive drivers that would collect an overpriced payment to you. I have experienced those drivers who would negotiate not counting the meters instead. They would spill excuses to which it would just cost the commuter a higher amount if it would be used in calculating the fare. As a commuter, you would have no choice if you are already caught off guard. So, the ending would be in their favor of collecting higher fares for you.

As simple and as comprehensive as it is, the traffic in the Philippines is unbearable. More often than not, a supposedly 30-minute journey would be converted into an hour or two in Metro Manila. But we have no control over it at all. These heavy jampacked traffics will always be every commuter’s worst enemy causing so many delays in anyone’s schedule.

Our country is facing a huge crisis in its economy and almost every basic need had its price hike. This includes oil price hikes here and there that urge the drivers to collect a higher fare. Truly, it was a pain in the head but we have to deal with it.

From waiting in line at the bus terminal to facing heavy traffic. These are the expected situations that I had to deal with before the pandemic. I usually go home every Friday and a bunch of commuters from the Metro also do. This led me to wait forever before I finally reached my hometown.

With these predicaments, which do you find most relatable to you as a commuter? For obviously you might have one, care to share it with us in the comments?

How I survive commuting in Metro Manila

Faces We Encounter During Our Commutes: Jeepney Version

Philippines is top 9 among the countries with the worst traffic 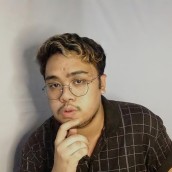 Here’s why fan fiction is one of my favorite genres

Amid a worldwide health crisis, RiCHCORP emphasizes the significance of Natural Remedies