5 Life Lessons I Learned from My Grandmother

The beauty of Barbie movies lies in their capability to attract the attention of the young and maintain it with their entertaining yet morally rich events. The key to holding this attention is through kid-friendly themes such as princes and princesses, sparkly dresses, and sometimes, unreasonably fantastical scenes. Well, that’s what it takes to capture the dreamy heart of kids!

It may have been designed mainly for them, but even some people who were born much earlier have once thought of giving these Barbie movies a try. Ever been one of them but you know it’s going to have some “corny” and cliché story plot? It might have even made you think, Oh, it’s going to be about a princess being saved again or Ah, of course, it’s going to end in a marriage with a handsome prince. I love Barbie, but I totally understand.

Traditional themes and storylines can get pretty boring. Perhaps, you’ve been watching Barbie for quite some time now and want a refreshing experience that still hints at colorful fantasy stories but isn’t as overused as usual. I know we all want something new from time to time!

Yes, starting off strong. The prince doesn’t save the princess this time. In fact, he’s the one getting saved. His life is spared by no royalty but mere commoner girls who dream of being musketeers. Constantly laughed at, ridiculed, and called “delusional,” everyone tells them: There are no female musketeers. This Barbie movie extends the heights of women empowerment.

They proved them wrong by infiltrating a ball at the kingdom one night, after acquiring knowledge of sabotage against the prince. Even the prince himself ate his own words after being the very person who appointed these strong girls as musketeers. Feminism? Hundred percent.

She wakes up one-morning having pink highlights, breathing underwater, and talking to a dolphin. She’s been told that she’s a half-mermaid, a princess at that and that she has to save her queen mermaid mother from the chains of her evil aunt who wants to be the ruler. Of course, she thought she was going crazy.

Merliah was known as the best surfer in Malibu. Not caring about anything mermaid-related, still, she embarked on the journey only for the opportunity to ask her mother to get her back to normal. She’s a princess who didn’t want to be a princess but ended up embracing it. This Barbie movie displays familial reconciliation and finding a home in a seemingly new place.

This is the most laid-back Barbie movie to watch for bookworms out there who love delving into fantasy. Barbie stars as a princess who can’t seem to embody her role. She escapes her duties by getting lost on the shelves of books that she owns. Reading a new one given by her grandmother, she unlocks a secret door towards a world full of magic. It was swarmed with fairies and mermaids until a greedy, much younger princess took away all the magic in them. Barbie saves this world with her newfound magic and comes back feeling much more confident about her capabilities as a princess.

How about no princesses or fantasy? Like really, none of that at all. This movie revolves around the journey of Barbie and her friends as gymnasts. Competitions after competition, Renee’s (one of Barbie’s friends) supportive aunt never misses one—which is weird because she actually turns out to be the head of The International Intelligence and Innovation Agency (I3). Aunt Zoe hires them as spies to catch a thief of gems that could end the world to destruction. Lipstick tasers, rappelling backpacks, a disguise powder—these fun spy gadgets are just as cool as the movie!

The deal with Barbie movies is that their essence has nothing to do with the endings. It’s merely a bonus to its whole purpose, like a reward. It’s all about the little details that only young minds could pluck and appreciate. But even better, these movies have long started to develop to stray far from the traditional. It follows the world’s progression.

My perception of the roles of women in films 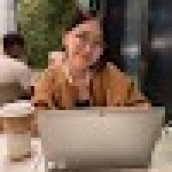 5 Most Chaotic Episodes of NBC’s Community

Fandom Culture “Bad Habits” We Should be Talking About