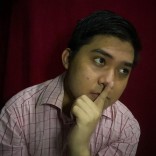 The splash of the P-pop wave continues to surge in the country’s entertainment scene. With the heavy influence of K-pop, J-pop, and Western boy bands, the OPM genre sweepingly creates clamor on social media.

Of course, thanks to the most enthusiastic fans who give all-out support to their favorite artists — undeniably the MVPs behind the artists’ breakthroughs.

For those who haven’t seen the phenomenal performances of our own P-pop groups, you better gaze at their masterpieces and you’ll see the definition of perfection.

Here’s a glimpse of the six Pinoy-pop icons to watch out for, surging the entertainment scene.

First on the list is no other than SB19, a five-member boy band consisting of Pablo, Josh, Justin, Ken, and Stell. Trained by a Korean entertainment company SHOWBT Entertainment, their legacy paved the way for the rise of other P-pop idols.

Honestly, that introduction is not necessary. Come on, who doesn’t recognize the first Filipino and Southeast Asian music act to be nominated in the Billboard Music Awards. Consequently, the international stars are indeed history-makers bringing pride to the Philippines.

Recently, their newly released ‘Bazinga‘ also landed at #5 on Billboard’s Hot Trending Songs Chart for the week of November 20. No biggie at all, as the group made it on the chart countless times.

This upcoming November 27 and 28, the group is set to celebrate their third anniversary through a two-day live stream ‘Our Zone’ concert from the Araneta Coliseum. Moreover, A’TINs are about to see and hear the exclusive three unreleased tracks in their live reappearance. Also, guests stars AC Bonifacio, The Juans, and Josue will join the party.

The next one is definitely going further, a five-member boy group under Star Magic debuted on January 29, 2021, BGYO. The fast-rising group comprises Gelo, Akira, JL, Mikki, and Nate. No idea what kind of spell they’ve been putting, but when the category is freshness, BGYO is undeniably one of the peak stars.

Apparently, this group never failed to surprise the ACEs. In less than a year, their milestones and recognitions are overflowing proving that they’re the baddest performers. Their ‘He’s Into Her‘ track, the official theme song of the romance comedy series of the same title, just bagged the Best Theme Song at the 2021 Asian Academy Creative Awards.

Moreover, they continue to mark their name on the international scene. The group is eventually a consistent spot holder at both global charts, Billboard’s Next Big Sound and Next Big Sound’s Pandora Predictions Chart.

Also, Star Music revealed last November 21) that the music video of their newly released track, ‘Kundiman’ will be released soon.

Meanwhile, after the successful first-ever concert with sister group BINI last November 6 and 7, BGYO is now up for another big event. Along with Bamboo, Moira dela Torre, EZ Mil, and more, the group will perform on one of the biggest international live events, 1MX Dubai 2021.

Blooms are unquestionably on the right track cheering all out for the multi-talented girls who poured their intense passion into their music. Moreover, knowing the inspiration behind the fandom is honestly astonishing, giving highlights to the group’s tagline, “Walo hanggang dulo” (Eight until the end).

The idol group continues to rise in the P-pop scene, proving that they’re born to win. In fact, they had the chance to be in touch with their overseas fans last November 21. Together with BGYO, they kicked off the “BINI & BGYO Global Virtual Party Asia Tour” where they get to meet some media, influencers, and fans from Thailand and Indonesia.

P-pop who got the taste of our diverse and colorful cultures? Well, the eight-member Filipino boy group Alamat is the right flavor for you! The sing-rap-dance sensation is composed of Taneo, Mo, Tomas, R-ji, Valfer, Alas, Gami and Jao. Officially, they are debuted on February 14, 2021, under Viva Records and Ninuno Media with their single, ‘kbye’.

Amongst other Pinoy pop groups, their unique style underlines Filipino pride through their lyrics and visuals. Aside from the fact that they sing in several local languages, they also exhibit our traditional clothing and cultural elements through colorful streetwear. Fashion-wise, the members wear god-tier fabrics. Magiliws surely are great pickers!

Recently, another achievement has come to the group, as ‘kasmala‘ has surpassed 300,000 streams on Spotify. Furthermore, they are set to perform in the upcoming Awit Awards 2021. Way to go, legends!

Roll out the red carpet as the debuting five-piece girl group LITZ is about to drop bombs. You will remember the names — Heart, Ashtine, Bianca, Fatima, and Yumi — once you see the glitzy and fierce new pop group that VIVA has just unveiled.

More than the group’s dynamic range of vocal exhibitions, their swaggy moves also make them stand out. Trained by G-Force’s Teacher Georcelle, there’s no surprise how these all-around aces incredibly pull of their performances.

Thank you for watching and sharing the music video of LITZ Pre-Debut!
In case you missed it, watch it here: https://t.co/PPAbqb5Y6D pic.twitter.com/1257fxIvhI

Last but definitely not least, the iconic all-girl idols, MNL48. The sing-and-dance girl group is the Filipino version and the sister group of the J-pop phenomenon, AKB48. The brilliants behind the songs ‘Pag-ibig Fortune Cookie‘ and ‘365 Araw ng Eroplanong Papel’ are too good not to catch sight of. After all, who would exclude the trailblazers who started a new era for Pinoy pop?

It’s been a while since they released a new gem, but undoubtedly, they remain remarkable on the P-pop scenes. With their 6th single, ‘River’, the group continues to flame up their performances with their fiery moves and captivating lyrics. Watching their music video will even make you feel alive, as you tune in to the vibrance of their music.

Recently, Hallohallo Entertainment Inc. (HHE) welcomed Rachel, Rhea, Charm, and CJ taking part as the new stars of MNL48. Aside from that salutation, MNLoves will anticipate another jewel from the group. As the management mentioned,

“We are hopeful for what’s in store for MNL48 especially now that the group is working hard for their seventh single and gearing up for the upcoming jam-packed activities and projects.”

If you haven’t watched any of these P-pop groups’ performances, trust me, hearing their finely-calibrated music and seeing their sleek moves will definitely leave you in awe!

Which among them is your favorite? Free to share your thoughts!

SB19 to grace Araneta Coliseum for their 3rd Anniversary Concert

SB19 to grace Araneta Coliseum for their 3rd Anniversary Concert

Nameless Kids unveils their name through music and artistry

ShowBT PH launches KAIA, the next big P-pop girl group in the making