Nobody ever wrote a fairytale where little girls become dangerous and still win a happy ending. They will only tell stories where little girls remain sweet, kind and reject all wrongs. Maybe, for them, it seems such a terrifying thought that one little girl knows what she was doing when she invited a little threat inside.  Sofia Pablo is living the fairytale, albeit a hazardous one.

Showbiz can be menacing to a thirteen-year-old girl. It throws out the fantasies and stick to the statistically probable realities, disposing magic and exposing its fraud. However, similar to a certain someone wearing a red riding hood, she stays powerful enough to fight back… even when the wolf shows up uninvited.

Pablo may be young but she has always wanted to make people happy. Wise beyond her years, Sofia constantly works hard to inspire people to pursue their own dreams. Aside from inspiring them, she wishes to empower her fans and the people that surround her. 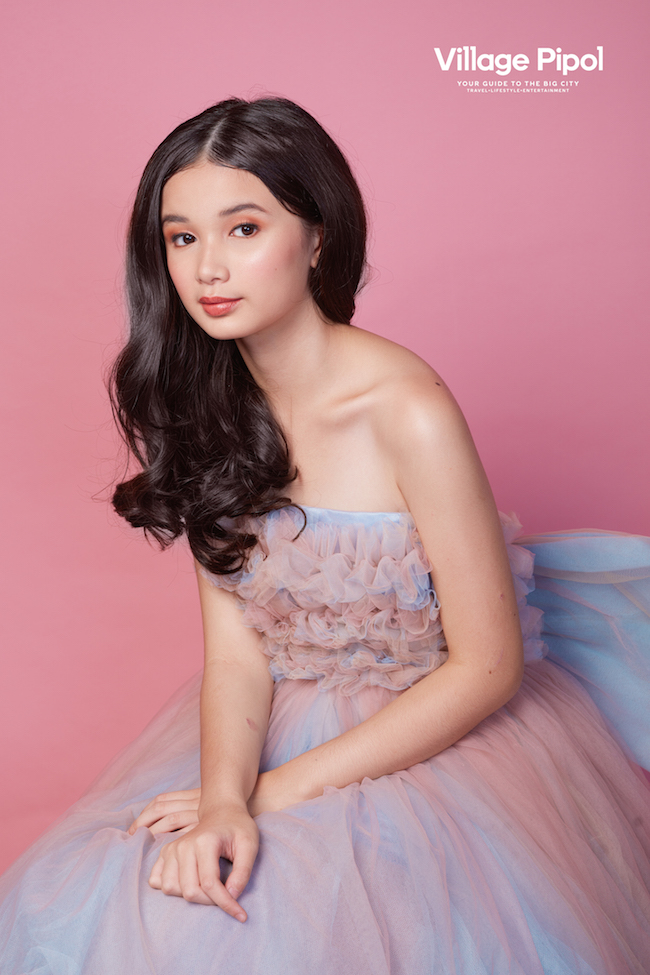 “I wanted to make people happy, I wanted to inspire them na, ‘Yes, you can achieve your dreams.’ That’s why I pursued this career- to empower people.”

With every role she takes, the pressure on her to become a good actress rises. Although that happens, she fights through it to prove that the production made the right choice of choosing her.

“In every role that I do, I always feel the pressure. The thought pa lang na they gave me this role, I wanted to prove na worth it ‘yung pagbigay nila sa akin nito… Before I go on set, I warm up para mabawasan ‘yung kaba. Hindi naman nila ibibigay ‘to sayo kung wala silang nakikitang chance in you na maging next star nila. So, I use it po para mabawasan ‘yung kaba ko. Parang nakitaan nila ako, so I should see this by myself.” Talking about her role in GMA Network’s Prima Donnas, Sofia described Donna Lyn or Lenlen. Aside from that, she also noted the things she learned for the months portraying the role.

“Kahit ang dami na pong pagsubok, you should never give up. Kasi, nalalagpasan din po and everything will be worth it.” A happily ever after

When asked what character would she like to play in the future, Pablo’s answer remains as surprising as she is: Sofia Pablo is barely scratching the surface of the industry. However, it looks like she will have a hearty future as she dreams of challenging roles that she might partake as she grows older.

VP/Spotlight: Myrtle Sarrosa Takes us Down the Rabbit Hole