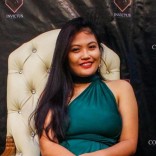 On Sunday, Kathryn shared the first part of her Iceland trip with Daniel. She wrote in the caption, “Sharing with you the first part of our Iceland adventure last September! This country was in both of our bucketlists so we relished every second we spent here. We tried our best to film it in a way that would make you feel as if you were part of the trip, so we hope you enjoy watching!”

The video was supposedly to be uploaded next week but because of the warm welcome she receives from the fans since opening a channel last week, January 17, she decided to share it earlier.

In her 17 minutes and 38 seconds vlog, we’ll see snippets of the couple’s few days in Iceland including their arrival in the Nordic nation.

Watch the full vlog below!

After watching the video of Kathryn and Daniel sweetly taking videos of each other in places they went during the trip, fans all over the internet can’t help but comment “SANA ALL!”

Of course, the two trended on twitter for hours.

However, this is not the first time KathNiel have been in Iceland. According to Kathryn, they went to Iceland back in 2016 to do a magazine shoot but they just recently had the chance to tour the country. A year after working on their solo project, KathNiel is back together again for their upcoming TV series under Dreamscape soon in Kapamilya Network‘s Primetime Bida.

Coachella 2020 – Here Are Some of the Expected Asian Acts